Mr Syed Tahir Hussain is a distinguished vascular surgeon with a specialist interest in varicose veins and deep vein thrombosis. Working across a number of leading hospitals in north London, Mr Hussain manages all aspects of vascular surgery and is able to treat patients using the latest minimally-invasive techniques including thermal vein ablation and injection sclerotherapy.

Mr Hussain obtained his medical degree from St George’s, University of London, before undergoing surgical training at leading centres of medical excellence, including St Bartholomew’s Hospital, London and the John Radcliffe Hospital, Oxford. Mr Syed Tahir Hussain founded and now maintains a major Vascular Unit which specialises in endovenous and carotid surgery. As Tutor at the Royal College of Surgeons for the last ten years, Mr Hussain is heavily involved in the education of the next generations of surgeons. 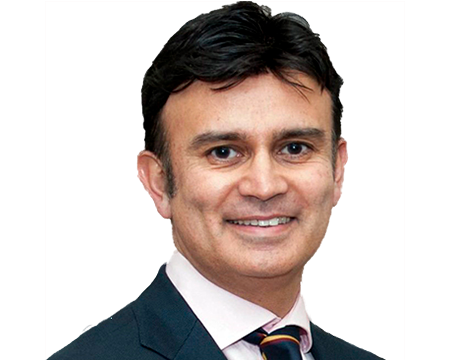 What are varicose veins? Varicose veins are enlarged and swollen veins, usually forming in the legs and feet. Often they can appear as lumpy, b...

What is it? An aortic aneurysm is an abnormal, progressive and permanent dilation of part of the aorta, the largest artery in the body. The dil...

What is endolaser? Endolaser, or endovenous laser treatment, is a minimally invasive technique fo...

This website uses cookies to improve your experience while you navigate through the website. Out of these cookies, the cookies that are categorized as necessary are stored on your browser as they are essential for the working of basic functionalities of the website. We also use third-party cookies that help us analyze and understand how you use this website. These cookies will be stored in your browser only with your consent. You also have the option to opt-out of these cookies. But opting out of some of these cookies may have an effect on your browsing experience.
Necessary Always Enabled
Necessary cookies are absolutely essential for the website to function properly. This category only includes cookies that ensures basic functionalities and security features of the website. These cookies do not store any personal information.
Non-necessary
Any cookies that may not be particularly necessary for the website to function and is used specifically to collect user personal data via analytics, ads, other embedded contents are termed as non-necessary cookies. It is mandatory to procure user consent prior to running these cookies on your website.
SAVE & ACCEPT